Built in 2004, not long after Newport received its city status; this bow-string, tied arch bridge spans 200 metres across the river Usk. The second most southerly bridge in Newport, it forms part of the A48 ‘SDR’ (Southern Distributor Road).

Constructed from steel in two main sections, each half sent out across the river (initially on temporary piers) to meet in the middle. From there, a 680 tonne centre piece was jacked up into place and welded together. The silver-grey, cambered arches are iconic, and at night feature deck-level (i.e. road) uplighting, giving yellow hotspots under the overhead steel arms. On either end, high up on the cross bars, the emblem for the Arms of Newport City Council can be seen.

The bridge travels past the tiny wilderness of ‘Monkey Island’ on the north east, and over Kingfisher Walk, below and to the east. A symbol of both unity and regeneration, the City bridge links more southerly areas of Newport, making journeys from Spytty to Pillgwenlly in around 5 minutes. 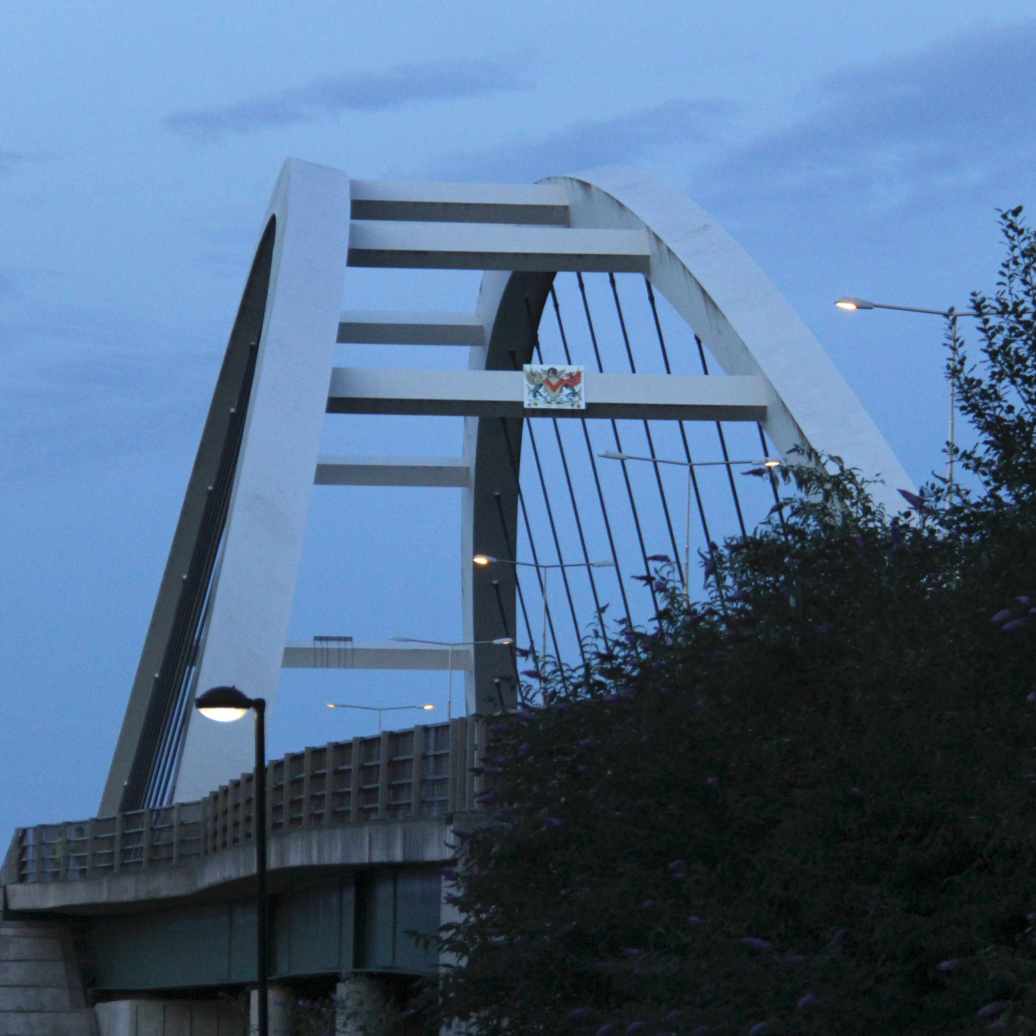 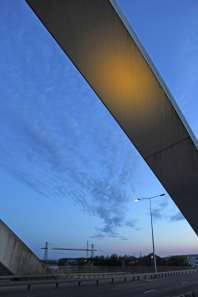 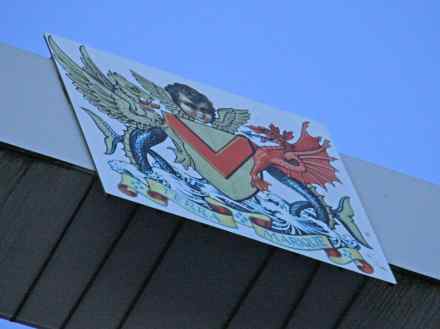 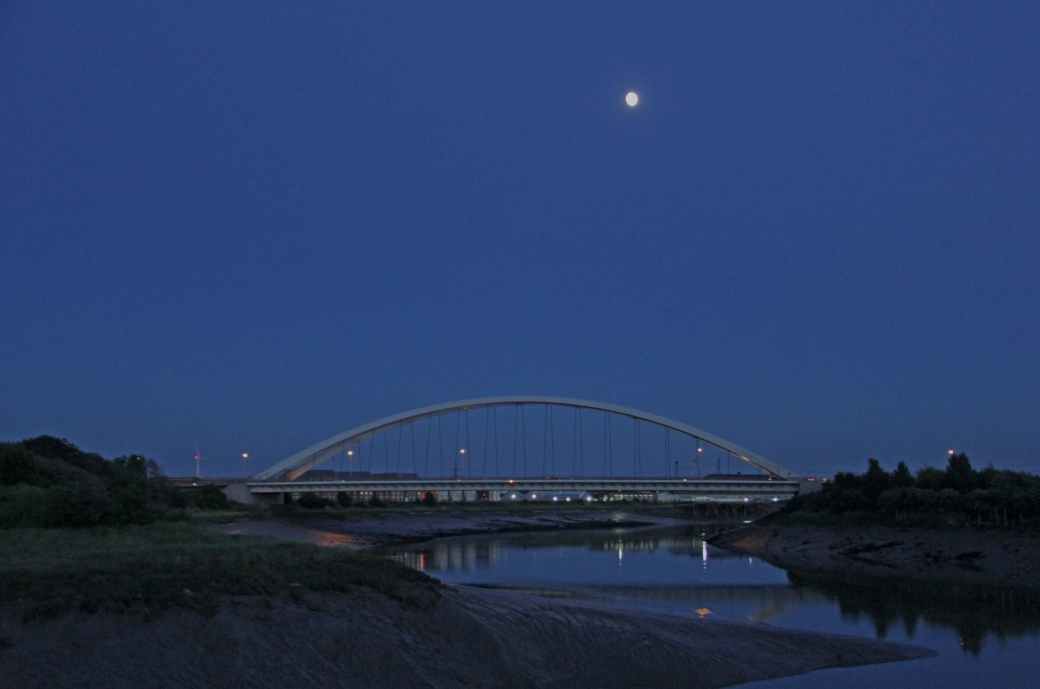